Wheatgrass the elixir of life! 50 plus benefits of drinking wheatgrass juice. 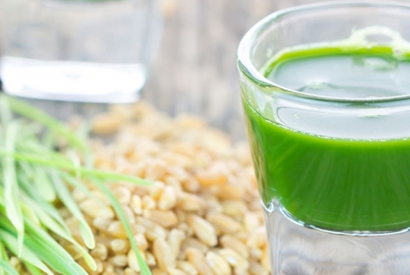 “Until man duplicates a blade of grass, nature can laugh at his so-called scientific knowledge.” Thomas A. Edison

Wheatgrass consumption for medicinal purposes has been in use for more than 5000 thousand years. The ancient Egyptian and Mesopotamian civilizations, designated wheatgrass as a sacred plant that was used in more than 100 healing modalities. The Egyptians considered it the elixir of life, and the Chinese used it for blood detoxification.

Wishing everyone here in the USA a happy 4th of July. For our friends around the world we wish you peace, health and prosperity. Sending love and blessings. Dr. Bobby

Robert C Morgan - "Bobby" is the past Health Education Director at CHI. A certified Naturopath, Iridologist, Energy Practitioner, Colonic Therapist, Master Raw Live Food, Chef, Author, International lecturer, Teacher and Cancer "Surthrivor". Bobby is dedicated to continuing to carry out the work of Creative Health Institute, the vision of Dr. Ann Wigmore and all of the souls who have dedicated their lives to love peace, and natural health. View all posts by Robert Morgan Certified Naturopath

This site uses Akismet to reduce spam. Learn how your comment data is processed.